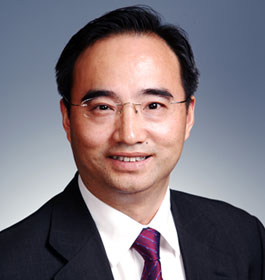 Professor Huang graduated from Wuhan University with a doctorate in law in 1988 and received an honorary doctorate from the University of Montreal, Canada in 2011. He served as Guest Professor at Universitat des Saarlandes in Germany in 2000, Visiting Fulbright Scholar at Yale Law School in 1993-94, Visiting Scholar at the Swiss Institute of Comparative Law, Lausanne, in 1986-87, and an attendee at The Hague Academy of International Law in 1986. He is the President of China University of Political Science and Law and Professor of International Law. He also serves as Vice President of China Human Rights Development Foundation Council, Special Counselor of the Supreme People’s Court, and Expert Counselor of the Supreme People’s Procuratorate. He is an arbitrator of the Court of Arbitration for Sport (CAS), International Centre for Settlement of Investment Disputes (ICSID), International Arbitration Chamber of Paris (CAIP), China International Economic and Trade Arbitration Commission (CIETAC), and Korean Commercial Arbitration Board (KCAB). He was honoured with the China Top 10 “Outstanding Young Jurists”, “Ten Outstanding Youth of Hubei Province” and was awarded the “Bao Gang Excellent Teacher’s Special Prize”.